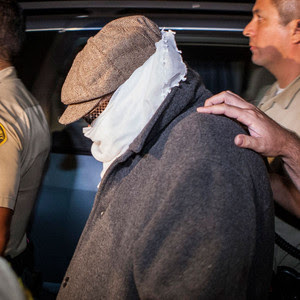 Remember when i told you how a Pakistani minister offered $100,000 bounty to anyone who kills the maker of the Anti-Islamic? in-case you missed that story click HERE. And now  Nakoula Basseley Nakoula's (aka Sam Bacile) the man behind Anti-Islamic film titled "Innocent of Muslim" has been arrested. Please click the READ MORE to continue


The Anti-Islamic film maker, who is currently behind bars was not arrested due to the controversial anti-Islamic film but  for probation violation, stemming from his 2010 conviction for check fraud. He wasn't granted bail because the judge lacks trust in him for now.