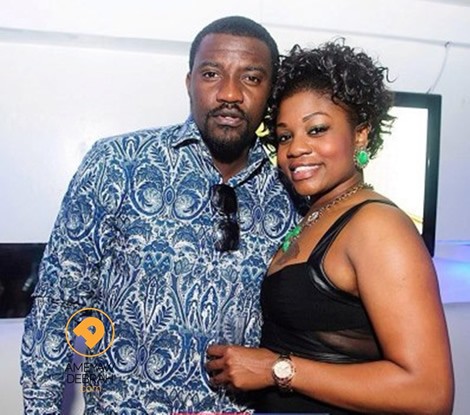 Sources have come out to say that Ghollywood heart throb, John Dumelo is married!
'
Shocking right, especially with the whole 'rumored romance between him and Yvonne Nelson. Despite all of these controversial stories, John never spoke about this his supposed wife.

It's being said that John Dumelo has been married to a certain Harrinia A. Dembele who currently stays in the US. She is a model/actress/nurse. The marriage certificate of their union has been produced as proof.

He has come out to say that he is not married. He responded to this rumor on twitter. See tweet below;

The woman in question also took to twitter on the matter;