Charly Boy Dishes Out On "My Oga At The Top" Story. 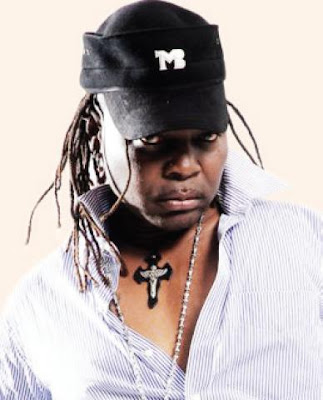 Charly Boy the area father, has come out to express his opinion on the my "Oga At The Top" saga. According to him "I must say that we have all failed by pushing aside the lesson and the message of the controversial interview. If you don't know, the message is simple; there is a systemic failure. We have all failed our country." Read more below;

"It's unfortunate, this article is coming in late. This is because I almost ignored the racket " My Oga at the top" generated. However, because of some salient lessons in the whole joke, I have decided to hit you with this

Even though, my ways may be very different from yours, I still believe we must be objective in our analysis, judgment, and conclusion about others. The NSCDC Commandant, Mr. Shem's experience in the hands of Nigerians and the Channel TV personalities cannot be too different from what many of us face on a daily bases.

Some of us have been arbitrarily judged, smashed, squeezed, criticized, and battered for several years because we have failed to be who they want us to be. Different darts and missiles have been thrown at us because they chose to judge us from the first impression they conceived about us. What insult haven't we received?

They will try to judge you by the few words they hear from your mouth. When you use signs and symbols to communicate national issues, they misconstrue every bit of it as you are either tagged the head of Nigeria Illuminati, or they may even try to put your sexuality to question. However, we still love them, and still fight for them even when they don't really understand why we are here.

Some have not even realized the need to hold on to the reality that confronts them today, instead, they are committed to producing gunpowder for the celebration of individual blunder, and they swiftly push national blunder aside.

Yes, the NSCDC Commandant goofed, he failed to give the correct NSCDC website, he wanted his oga at the top to announce that personally, hence he couldn't go ahead to announce it, as his oga may end up announcing another one later.

At first, it appeared to me as if he didn't understand the question until he got to the point of providing the URL of the website, and then we all laughed when he was unable to provide the web address as demanded. We all laughed at his little or no IT knowledge, and not really because he is not competent enough to do his job. We all laughed because he had displayed some level of confidence right from the beginning of the interview till the point he was to give the website details.

However, is it enough to have made it a trending topic on twitter and on other social sites for days? I must say that we have all failed by pushing aside the lesson and the message of the controversial interview. If you don't know, the message is simple; there is a systemic failure. We have all failed our country.

We have even failed to channel our heavy online presence towards a more positive direction. We have failed to understand that the entire system has no structure as it stands now. If that is not the case, why were we not intelligent enough to see beyond Mr. Shem's failure and begin to reflect over leadership failure, using the social media platform? It has always remained this way, where only few of us can speak our minds in a country where mediocrity reigns supreme.

We have failed to see how mediocre now flood the civil service, but all we are now looking at, is just Mr. Shem's blunder. Why???

Members of staff in several organizations know little or nothing about their organization. They can't even tell 'categorically' like Mr. Shem, whether they have an existing or functional website. How effective are various media units that are scattered across different Ministries in the country? NSCDC should even thank God that it was Mr. Shem who failed, and not their media unit, because such would have been possible.

I know that majority of Nigerians that work in the civil service are not up to date with the internet social world, as they believe in doing things the old way. You won't even blame Mr. Shem for not being able to give the correct web address or not being able to add dot.com, because the NSCDC Website, prior to the controversy was almost dormant. How would you expect one to know a website that doesn't exist or non-functional?

But my pain is simply that we have all failed to tackle the most pressing issues of the day, falling into the trap and deception of the phrase "My oga at the top". We have been so deceived and then became so careless about our safety, laughing hysterically; with our eyes gazed at "My Oga at the top" until the dreaded Boko Haram found a way to shoot us with their arrows. We laughed until we forgot that we have urgent national issues to address, and the faceless ones hit us hard again in the city of Kano. What a shame!

While we were busy gossiping, creating cartoons, producing T. Shirts, and cooking beats in the studio to ridicule just a single individual, we lost millions of naira at the Muritala Mohammed Airport, Lagos to some armed men who stormed the airport, harassing both Nigerians and foreigners. I heard they had a swell moment at the airport. You can't just imagine that armed robbers could succeed even in an International Airport. Where is safe then? "Yet, we were busy with My oga at the top"

While we took the joke to another level, the Boko Haram militants also saw our weaknesses and carefree attitude, and they hit us hard, killing well over 60 people in the Kano bomb attack. They beat all security apparatus in place in the volatile city, because, we refused to watch our back as we were laughing at " My Oga at the top"

In our usual carelessness, when some people were demanding for amnesty for some faceless people, we kept mute, because we were only interested in "Oga at the top." We refused to ask questions on why some people should be advocating for this group.

As good, committed, and patriotic citizens, couldn't we have embarked on a campaign against violence using the social media platform for that purpose? How many of us are willing to laugh at some of the ogas in the North who have sold the future of our children in the name of leadership tussle? How many of us have been able to tell the Northern leaders that they have failed their people for giving some terrorists the supports they really do not deserve? Yet, we still talk about 'My Oga at the top'

There is no time for such jokes, as we have better and serious issues to address as Nigerian youths and children. Enough of this "My oga at the top" Stop the rubbish now! Let's ask them some questions on why we must continue to bury our ourselves." says Charly Boy.