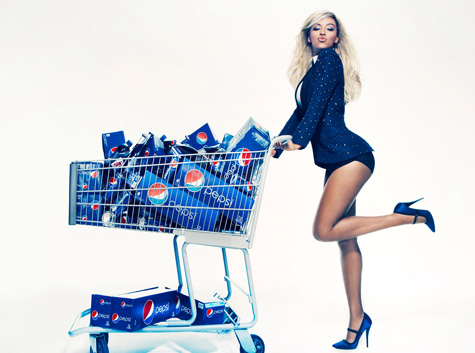 Pepsi signs Beyonce, as the global brand ambassador in a multi-year deal estimated at $50 million. Beyonce has had a relationship with Pepsi for more than a decade, since signing up to become a global spokesperson for the brand in 2002. She has already appeared in four TV ads for the brand. Pepsi says the partnership is the lead example of how the brand is moving from music sponsorship's to partnering with artists. According to The New York Times, the project will include commercials as well as a multi million-dollar fund to support the singer’s creative endeavors for its campaign with Beyoncé next year. Pepsi doesn’t just want to sign up the telegenic pop star for another TV commercial. It also wants to get into the Beyoncé business.