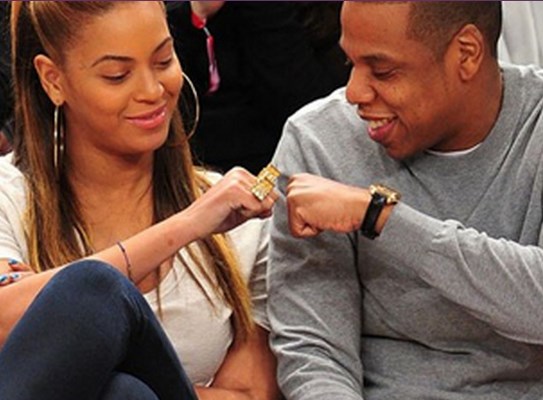 Celebrity couple, Beyonce and Jay Z definitely have it all. Now they have the title of the 'music business first ever billionaire couple' to add to their long list of achievements. The couple who celebrated their 5th year anniversary some weeks ago are said to be worth over a billion dollars in their combined earnings. Analyst have said they would hit that mark before the end of this year.

Beyonce is currently having her Mrs Carter Show world tour, which will bring in $115 million, she has her new H&M deal. She also has her $50 million endorsement deal with Pepsi.  Jay Z has his upcoming Legends of the Summer tour, along with his various other ventures, this will put them on the music most powerful couple record. Jay Z is worth $475million and Beyonce about $400million. With all the business ventures they have lined up for this year, they would definitely hit that mark.

What do you think of this power duo, pretty impressive right?