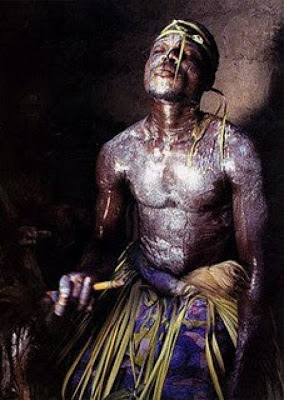 42year old Adegoke Asanu, a juju priest in Ikere Ekiti was reported to have been abducted in a guest house. Asanu lodged in the guest house where he he was preparing some charms and concotions for a client, when four men came in a mini bus and took him to an unknown place. The good news is that the herbalist has been found and the four men are now in police custody at Ikere Ekiti police command. I wonder why the herbalist waited for police arrival, he should have just disappeared with his charms.