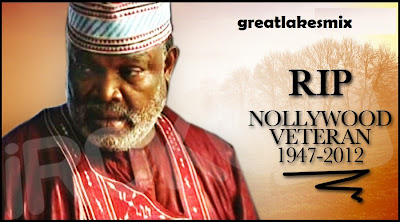 The remains of the nollywood actor Enebeli Elebuwa who died at the Asian Institute of Medical Sciences, India on December 5, 2012 after a sickness that incapacitated him for more than a year, arrived Lagos yesterday 15th Dec 2012. The body which was safely kept in a brown casket, landed at about 3pm at the Muritala Muhammed International Airport, Ikeja and was received by the children and few members of the family. His body was approved to return to Nigeria as soon as the body was embalmed at the Lady Hardinge Medical College in New Delhi. The burial arrangements will be announced shortly. May his gentle soul rest in peace.