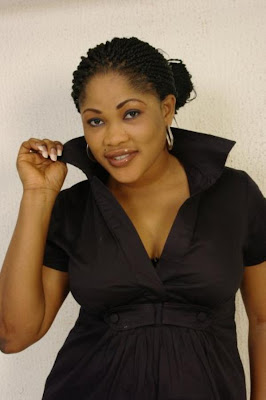 The yoruba nollywood actress Bisi Ibidapo-Obe christens her controversial daughter Deborah Oluwajomiloju Precious Abikeade MELAYE today. Since the birth of the child, there has been controversies as to the paternity of the child. Bisi claims that the former House of Reps member Dino Melaye is responsible, a claim which he has repeatedly denied. Dino Melaye stated that the last time he met with her was in April, and delivering a child in November is absolutely impossible. Despite this paternal issues, the naming ceremony of the child took place at her Magodo residence was officiated  by a group of clerics from the Celestial Church of Christ, with family members and close friends in attendance. No one knows what Dino Melaye has to say about this.