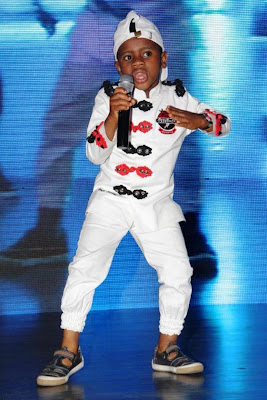 The young and talented Oziomachukwu Favour Mojekwu, popularly known as OzzyBosco who is only 5 years old has wasted no time returning with a new single, this time featuring superstar Flavour N’abania and produced by heavyweight producer Master Kraft. Having impressed music fans with his debut single and video titled ‘‘SUPERSTAR’’, the Wonderkid "Ozzy Bosco" is back bigger and better. The kidstar has come to cement a more feasible spot in the music industry with this new joint "SWEET MAMA" featuring his big bros, Flavour N’abania and produced by the award winning "Master Kraft". A song well, composed, and laid to appreciate all the beautiful mothers in Africa and across the world who have sacrificed so much for their children. You cannot but wine, twist and dance to the beautiful rhythm, and lyrics of young Ozzy Bosco. It could be said that Ozzy Bosco has already proven worthy of his title "Youngest African SuperStar" with his first single. With this second single he is firmly rooted in the Entertainment Industry and I can tell you that this is just the beginning of loads of surprises from your darling Wonderkid "Ozzy Bosco". Watch Out.