Robbers Attacks Nkem Owoh (Osuofia). Carts Away With His Jeep 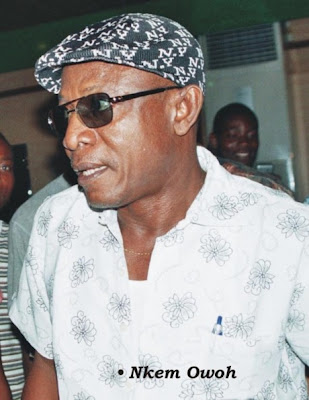 Nollywood actor/comedian Nkem Owoh popularly known as Osuofia, has confirmed the robbery incident that happened in his residence in Enugu sate. The robbers broke into his residence at Phase 6, Tran’s Ekulu, and carted away with his Mitsubishi Montero Jeep with number plate BU 64 FST, Toshiba laptop, camcorder and other many valuable items.

“I was in Abuja last week Saturday when my neighbours called that it was like my place was burgled, that my gate appeared to be open.

“I asked them to check and they reported back that out of the three vehicles parked in the compound, the Jeep was no longer there.

“I called my driver and asked him to make a report to the police immediately, which he did.”

Osuofia who was in Abuja at that time, hurried back to Enugu because of the robbery raid. He also confirmed that the robbers dismantle the burglary roof in his window, through which they took his laptop and other valuable items.
The police are still yet to identify the hoodlums.

Menh security issues in this country needs to be tackled properly or else lives and properties will continue to disappear in thin air.
Don't forget to join me
Facebook: Chizy K
Twitter: ChizyK
Posted by Unknown at 10:40