Kanye West - I Don't Have a Sex Tape ..I HAVE TWO SEX TAPES! 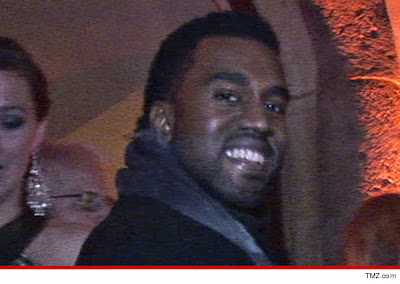 If  the rumors of Kanye West having a sex tape is true, well am now telling you its just more than a sex tape but two sex tapes about to released online soon. And  i have a simple answer question to ask. Which of the sex tapes you rather watch KIM OR KANYE?.lol  Please click the READ MORE to continue

According to reports coming TMZ :


Kanye West is a sex tape master -- TMZ has learned, the rapper filmed himself doing the deed MORE than once in recent years ... and TWO tapes are currently being shopped to the highest bidder.

The reports are true ... a Kanye sex tape featuring a young woman in a hotel room is making the rounds -- but what you haven't heard ... there's a second tape and the 2 are nearly identical.

Both tapes are impressively long -- the first is roughly twenty minutes ... and the second is more than FORTY. And we're talking constant action. Seriously, the guy takes no breaks. It's incredible. Almost Sting-like.

We're told the tapes were both shot several years ago with exes. The tapes are currently being shopped to media outlets by a third party.

Sources close to Kanye tell us the rapper has no idea how the videos were lifted from his computer -- but if anyone releases the footage ... we're told Kanye plans to go after the culprits with a legal vengeance.

Kanye's current GF Kim Kardashian rose to fame after her sex tape was released. And now, her boyfriend has steamy sex tapes of his own.