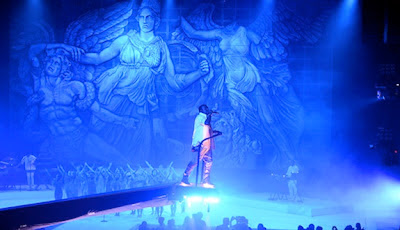 Although Kanye West hasn't released a solo album for two solid years running now, yet he was nominated for all most all the awards, up for grab at the BET 2012 Hip-Hop Awards, which is set to air on October 9, 2012.

Kanye West is the man of the moment, as he tops with 17 nominations, followed by 2 Chainz, with 13 nominations and Drakehaving 11 nominations. Please click (HERE) to see the full list.