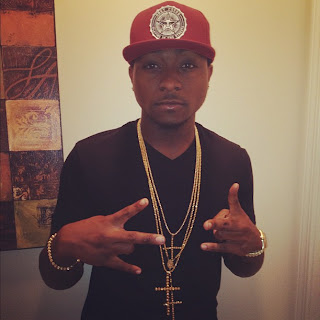 Davido has released an official  statement via his twitter account, on the issue of being waanted by the Nigerian  police force concerning a fight with a taxi driver over girlfriend. You can read that gist HERE, meanwhile click the READ MORE to CONTINUE

Here is an official statement from Davido:

I want to assure all my beloved fans and friends that, I am not wanted by the police and no officer in the Nigerian police gave an order for my arrest. I went to the police some weeks ago to give a statement and cleared my name. I did not beat up any taxi driver and the lady that hired the taxi driver and all those that are involved in this matter have made statements to the police and none of them mentioned my name except the taxi driver who claims that a large sum of money was missing in his taxi, in fact the lady in question stated that she was not beaten by anyone and that nobody assaulted the taxi driver. This is a case of blackmail, and I have resolved not to succumb to any blackmail for money. And to all those that are involved in this conspiracy to bring me down, I want to remind you that God Almighty himself got me to where I am today in my music career and you will not succeed in your devilish efforts to bring me down.