Who did the rolling stone pose better? Janet Jackson or Teyana Taylor 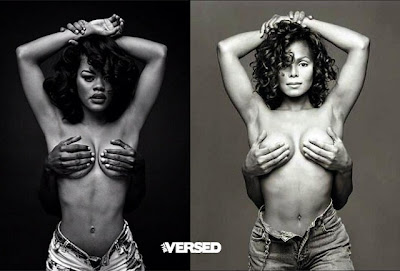 Teyana Taylor (born December 10, 1990) is an American singer-songwriter, rapper, dancer, and actress. Her debut single "Google Me" was released in 2008, peaking at No. 90 on the Billboard Hot R&B/Hip-Hop Songs chart. She is of African American and Afro-Trinidadian descent. She is currently signed to GOOD music and The Island Def Jam Music Group.

Teyana Taylor pays homage to Janet Jackson with topless cover in a new shoot. Janet Jackson did her own topless in 1993 which raised created so many attention at that time as Janet used it as the album cover art for "Janet,"

Abeg Who did the rolling stone pose better? 2012(Teyana Taylor) or 1993(Janet Jackson)?