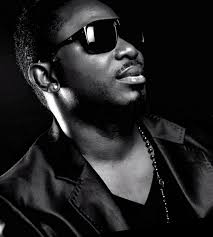 Nigerian singer OJB Jezreel seems to be against Tonto Dikeh at the moment, he said she needs to take out time and learn how to sing. She's a movie star and it's easy to cross from singing to acting, but crossing from acting to music you need to seriously train yourself in the act of music. In his own words;


“The problem is that she wasn’t listening to the key thing. People did not download the song out of love but out of surprise. If she really wants to go into music professionally, she needs to take out her time and learn how to sing.

It’s a lot easier to cross into acting from singing but a lot harder to cross into singing from acting. If after her first single, she got better people to coach and produce her songs, she might not have complained so much but there was no improvement.

As far as I’m concerned, Tonto Dike’s delving into the music industry is a bad idea right now. Her wanting to sing is not bad but her thinking that on the platform of the fact that she is a movie star, so she can sing, is a very bad idea." Says OJB

Do you agree with OJB or do you think he should he mind his business?