"No Sugar Mummy Bought My Bentley For Me" Aremu Afolanan Says. 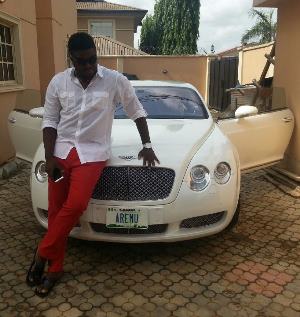 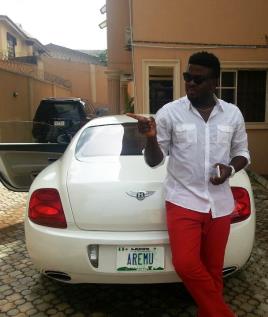 Actor and producer, Aremu Afolayan-the brother to Kunle Afolayan recently acquired a bentley continental car which has been the topic of discussion in many circles. A lot of people have come out to say that the actor has several sugar mummies and one of them bought the car for him.

He has denied such allegations, saying that he bought the car with his hard earned money. He said;

"I don't think a woman will love a man so much that she will buy a Bentley for him. If they think it's easy to date elderly women and get a Bentley, let them try. The problem with people is that they tend to hate what they can't conquer. I date ladies, not older women. Moreover, whoever I date is my choice."

Do you think he actually has a sugar mummy?