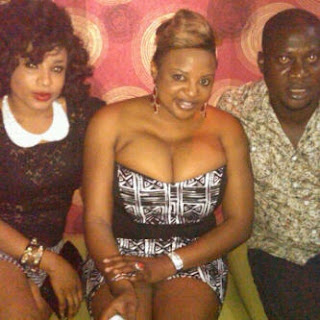 It seems Cossy Orjiakor isn't the only one with intimidating boobs. Actress Funke Adesiyan has come out to display her heavy front side too.

Funke was spotted at a party a few weeks back displaying her boobs which made people wonder if she has done a boobs enlargement surgery.This is what she had to say about the comments;

"Of course it's not true. It's because of what I wore and how I packed it. My boobs are the same, no increase, no decrease. It's all these jobless people that see nothing else about me but my boobs that started the rumour." says Funke


Guys, do you think she's saying the truth? Whose asset do you think is more 'boobilicious' in Cossy and Funke?