What Has Karen Igho Been Up To These Days 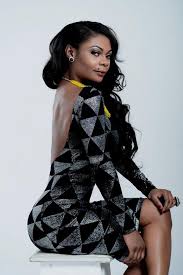 It has been a while since there was any serious buzz surrounding our dear Karen Igho winner of Big Brother Amplified 2011. She's now a radio presenter/on-air personality on Naija FM 102.7 and the rest of the time, she is working on new projects including her acting career.

It was last year December that our sexy Karen got slapped by a security guard when she attended a Smirn Off party. It was later rumored this year that she was filing a law suit against Smirn Off for damages sustained to her face worth 50million naira. Now that's a lot of money!

That by the way, she has said she is working on her own reality show... now that we would like to see. Fans of Karen have been itching for something new and exciting from her. We hope she would be able to satisfy the ever hungry fans of the entertainment world. Good luck Karen.