Toolz Responds To Critics Over Her SHAPE. 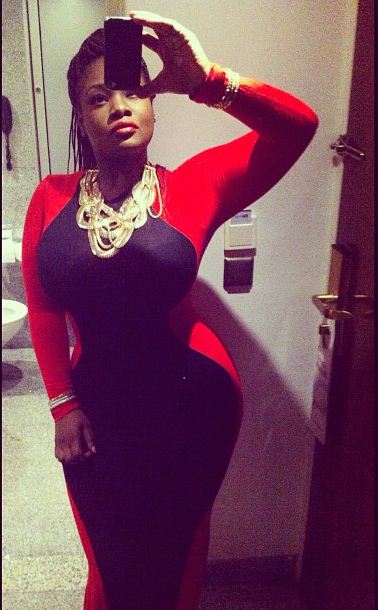 Toolz has been a target of negative rants since her appearance at Iyanya's Album Launch where she co-hosted alongside Richard Mofe Damijo. She donned a red and black dress styled by Liam Fashion Agency which showed off her great 'endowment', while her neck was adorned with an elaborate, gold neck piece from Mellisa Black Boutique.

The curvy lady responded to her critics on twitter: