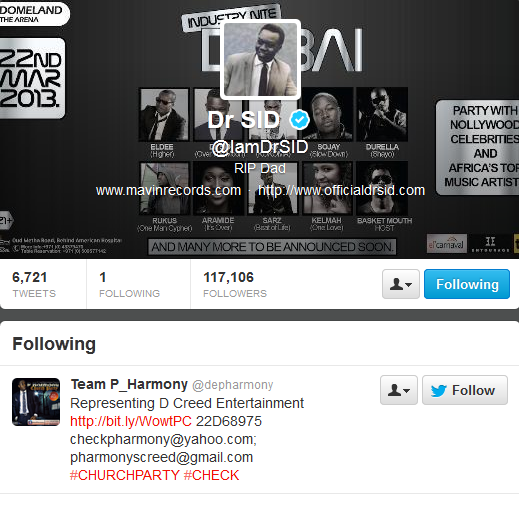 Looks like Dr. SID is starting to follow people once again on his twitter page. The Mavin Records' artist, over a week ago unfollowed everyone he was following on twitter including his Oga at the top Don Jazzy, stating that he was "starting over".

Well, I just ran through some celebrities' twitter profile (including his) and discovered that Dr. Sid might have started over indeed as he follows one David P Harmony @depharmony- a gospel music artiste and owner of D Creed Entertainment. This new development is actually making me think the Mavin artist's idea of starting over is going into gospel music and maybe signing to D Creed Entertainment, since he has yet to follow any one artiste of Mavin Records'.