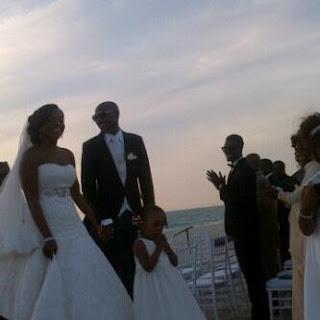 A lot of people seem to have something to say about the gifts given to the newly weds, Annie and Tuface Idibia by the governor of Akwa Ibom; an SUV and a three million naira cheque. Some have come out to say that the government is wasting so much on people that are already wealthy when there is so much to do in the state, others feel it might be his personal money and the rest think it's a just cause.

One of such is a commissioner who went on to defend the gesture by Governor Akpabio saying;

"Annie Macaulay and Tuface Idibia have created something very significant for Akwa Ibom State".
"They brought in a galaxy of the entertainment industry, music stars and so on likewise new ambassadors into the state."
" if it is to fund destination marketing of branding then i doubt if the cost of one SUV and N3m is too much."

He said governor Akpabio’s gesture was to repay a daughter of the state; Annie Macaulay for contributing to the re-positioning of the state and has done the state proud too"

What do you think about this, is it truly a just cause?