Actress Chioma Akpotha Says To A Fan "Are You Blind, Deaf, Dumb Or Just Plain Stupid?" 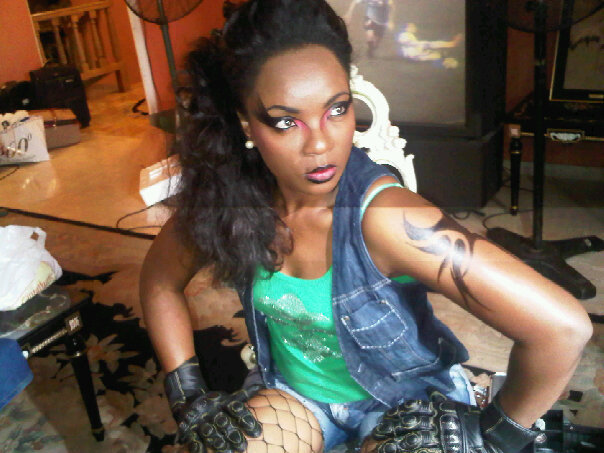 Nollywood actress Chioma Aportha took to twitter to fire a fan who seems not to know her or was simply acting ridiculous. The fan read her twitter profile and asked her if she's an actor based on what he saw on her profile and she said 'I'm an actor'. The fan then asked again and she replied once more that "I'm an actor" plus are you blind, deaf, dumb or just plain stupid?

Guys what do you think of our actress response?  Harsh or not? 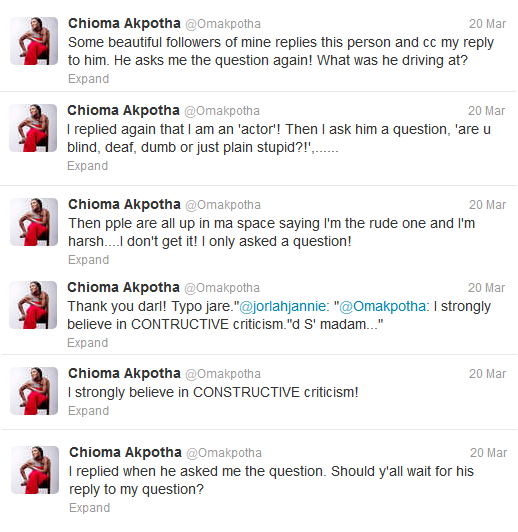