XMAS WITH THE STARS 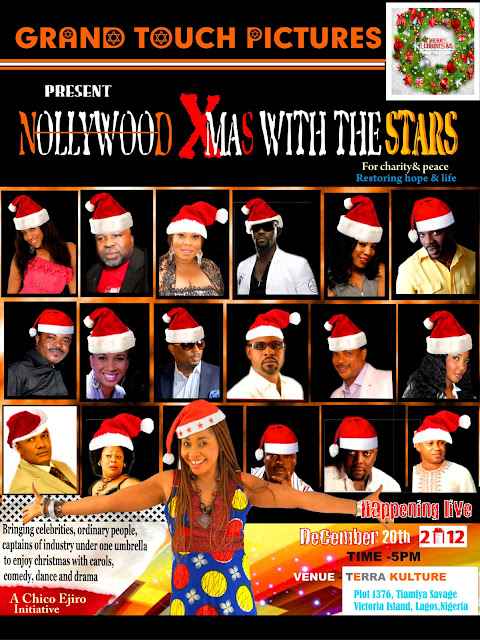 The event is to celebrate the joy of Xmas with carols, comedy, drama, music & dance. Five days after the show, there's going to be a walk-a-thon on Xmas day by the celebrities. Although It's not just about having fun, but rather showing love to the poor & less privileged, in this season of love and exchange of gifts. It was organized by Grand Touch Pictures, owned by Chico Ejiro, fondly called as the General. "Nollywood Xmas with the Stars" will be coming up on the 20th of December, 2012, at the Terra Kulture, Victoria Island, Lagos.