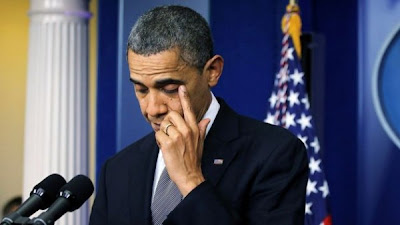 US President Barack Obama gave an immediate speech over the malicious killing of 20 pupils and 7 adults at the Sandy Hook Elementary School, Newton, US. The gunman who has been identified as 20-year-old Adam Lanza killed his mother (who is also a teacher at the school) before driving to the school in her car, where he targeted two classrooms in one section of the building, and released numerous bullets which claimed the lives of 20 pupils and 7 adults. Lanza also died after shooting himself.
‘As a country, we have been through this too many times. Whether it’s an elementary school in Newtown, or a shopping mall in Oregon, or a temple in Wisconsin, or a movie theater in Aurora, or a street corner in Chicago — these neighborhoods are our neighborhoods, and these children are our children‘, Obama said in his statement right before shedding a tear. This is indeed a tragedy because the motive for the shooting remains a mystery.
The names of the 20 school children and 7 adults who were killed in the Sandy Hook Elementary School, Newtown shooting have been released.
Read below…