GOOD NEWS, OPA WILLIAMS IS HALE AND HEARTY AFTER UNDERGOING SURGERY IN INDIA 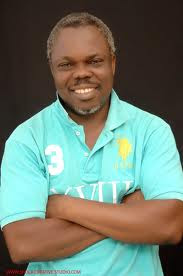 Comedy merchant Opa Williams’s media company, Media Image Managers, has revealed he had a successful operation in India late Wednesday. “Opa Williams is hale and hearty. He had a very successful surgery and he spoke with me early today. The doctor has given him a clean bill of health,” Justin Akpovi-Esade, MIM’s spokeman said. Williams raised the nation’s anxiety level when he revealed he was going for surgery last week. Rumours became rife, some even claiming he had cancer, liver complications and some more daring blogs said he had HIV. “I am fit and able. I read all they wrote about my ailment. Ignorantly, some said they saw me in dubai going to India for cancer surgery, some wrote I went  for heart surgery others agreed with themselves that I had HIV virus. That is what they said, what God said is I am healed. You and those close to me knew I had fatty growth compressing the nerves of my left legs and it needed to be decompressed. Now because of its closeness to the nerves, it has to be microscopically filterly done.  A technology we shamefully don’t  have in Nigeria except Egypt. The team of wonderful  surgeons  that operated on me were amused by ignorance of the Nigerian blogs and media becos after the surgery they were telling me “hey, go home and tell that we didn’t operate you of cancer nor was it heart and Hiv as your country press has reported. But tell them they can come to Nurayana Hrudayalaya hospital in Bangalore for such treatment. I am well and I thank all that prayed for me to get well, those that had night vigils and interceded on my behalf I thank God. By the last count(my wife counting) I had over eleven thousand three hundred and twelve people who sent their prayers. I am blessed, this for me is unforgettable love”, Williams said  through his media company. I am so happy for Opa Williams, now i can happily watch the rib cracking Nite Of A Thousand Laughs.