The little Davido watching channel O, but now the table has been turned around. People now watch him from all over the continent on the same Channel O.  O.B.O a popular singer and producer has won him self series of awards including the Channel O Best Newcomer 2012 Award. Davido is going to unveil his clothing line next year. He recently acquired a 17 million naira Chevrolet Camaro. Thumbs up to you for real! 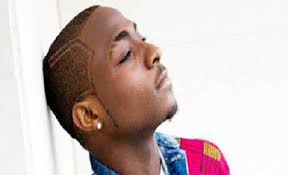