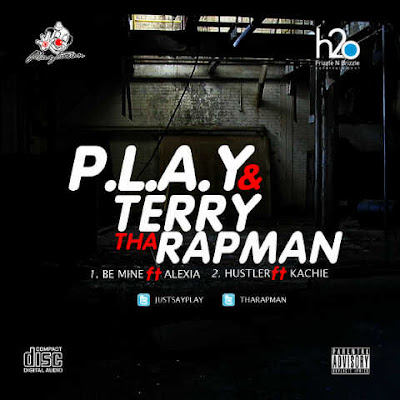 It has been just a year since Playtown Entertainment released Playbuoy's hit single playboy ft. Brymo, Playbuoy returns with a new name and a more matured style. Playbuoy now prefers to be referred to simply as P.L.A.Y. Now its up to you to either spell, pronounce it or both.

His much hyped return didn't just come with a new name, it also comes with 2 Brand New Singles off his joint rap album with Terry Tha Rapman scheduled for release this December. P.L.A.Y & Terry got together to record a song and ended up recording an album.

This album is an 8 tracker and will feature the likes of Flowsick, YQ, Overdoze, Pherosiouz etc. It also features production from T-Frizzle, Fliptyce, Jusa Dementor (Zimbabwe), Major 1 etc. Enjoy the first 2 singles.