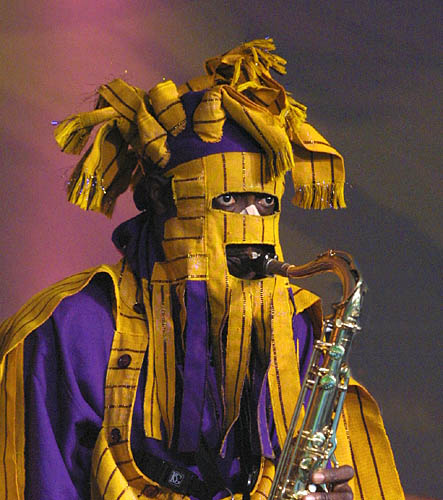 On Saturday, September 29, 2012, Lagbaja's home in Lagos state was under attack from robbers, as they carted away with valuables worth millions of naira

Lagbaja known for trade-mask was in Atlanta USA when this incident took place but his family members were in the house when the masked robbers attacked. Although the case has been reported to the police station, no person has been arrest so far.