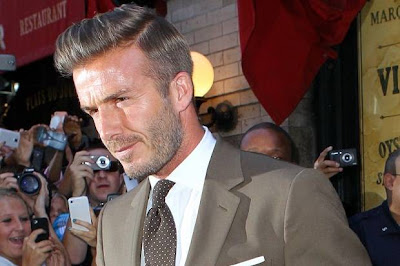 I read this article on Standard which picks my very interest on hygiene and the use of public toilets. According to standard : David Beckham carries paper toilet seat covers with him wherever he goes because he hates to use public bathrooms so he has to make the experience as bearable as possible.

The footballer has admitted to suffering from Obsessive Compulsive Disorder (OCD). Please click the READ MORE to continue

A source told the Daily Star: "David can't bear to sit down in public loos, so he tries not to go anywhere without his paper seat covers.

"He takes an emergency pack of the paper protectors in hand luggage for flying. Sometimes he even keeps them in the trunk of his car."

David - who has four children, sons Brooklyn, 13, Romeo, 10, Cruz, seven, and 14-month-old daughter Harper, with wife Victoria - has recently spoke about how "tiring" his OCD can be.

He said: "I'm just very obsessive with certain things. Everything has to be in order. That's the way it is. I walk into a hotel room and before I can get settled I have to unpack.

But it seems David isn't the only celebrity to have unconventional toilet habits.

It was recently revealed Kim Kardashian had purchased a $100,000 self-flushing toilet, so she doesn't have to worry about guests not flushing properly.

Jennifer Lopez also takes her own seat everywhere to ensure a germ-free bathroom experience, while Simon Cowell reportedly insists on only having black toilet paper in his bathrooms.

Do you think carrying  paper seat cover would work well in Naija? share your thought
Don't forget to join me
Facebook: Chizy K
Twitter: ChizyK
Posted by Celeb Spy at 23:30